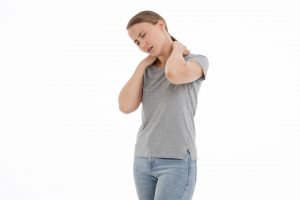 What is Cervical Radiculopathy?

Assessment should include neck and upper limb range of motion, strength, and sensation as well as neural provocation testing.

This condition may arise in any population but is most common in people in their 40s or 50s and in men more than women and people with a history of previous cervical or lumbar radiculopathies, smoking, and regular heavy lifting (Iyer and Kim, 2016). Cervical radiculopathy may be caused by cervical disc herniation, osteophyte formation, spondylosis of the facet joint, instability, or trauma and most commonly effects the C7 root with C6 and C8 roots next most respectively (Iyer and Kim, 2016) (Caridi et al, 2011).

Physiotherapy is the first-line treatment for cervical radiculopathy. Manual therapy has been shown to be effective in reducing pain while increasing active range of motion and overall function (Boyles et al, 2011). Exercises including neural sliders (Boyles et al, 2011) and strength-based programs of the neck, chest, and shoulders have been shown to be effective as well (Iyer and Kim, 2016).

If physiotherapy does not sufficiently help the patients then medications and corticosteroids can be effective and failing that, surgical options exist such as microdiscectomy, cervical disc arthroplasty, and posterior decompression (Iyer and Kim, 2016).