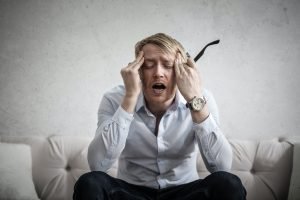 BPPV is a sudden, short-lasting episode of vertigo caused by specific changes in head position. It is attributed to causing 90% of positional vertigo cases and is the most common disorder of the vestibular system (Shim et al, 2014).

The job of the vestibular system is to monitor the motion of the head in space by detecting acceleration. There are 3 semicircular canals in the inner ear tasked with detecting acceleration (Lorne et al, 2003). Each canal is filled with a fluid called endolymph and a small swelling called the ampulla. The ampulla contains a jelly-like mass called the cupula which is attached to small hair cells. These parts combine to send signals to the brain to indicate which way the head is moving. The inner ear is also home to crystals known as otoconia. In individuals with BPPV, this process is compromised causing miscommunication of the signals from the affected and unaffected sides to the brain resulting in vertigo.

There are two ways this can happen which constitute the two different types of BPPV:

Symptoms of BPPV include repeated episodes of vertigo which refers to a spinning sensation that occurs when the head changes position. The duration of these episodes can vary but they typically subside in less than one minute. Other symptoms include light-headedness, difficulty maintaining balance and motion sensitivity. Nausea is also a common symptom, sometimes to the extent of needing to vomit. Rapid involuntary eye movements known as nystagmus may be caused in one or both eyes. The direction and duration of nystagmus will indicate the type of BPPV and semicircular canal responsible for symptoms.

Most cases of BPPV occur from unknown causes however some causes have been noted. There are numerous actions that can trigger it, including tilting the head, rolling over in bed, looking up or down, head trauma, sudden head rotations. Age-related degeneration and viruses of the inner ear such as Meniere’s disease may also be probable causes (American Hearing Research Foundation: Benign Paroxysmal Positional Vertigo).

Treatment is dictated by which canal is involved and which type of BPPV is at play. Then, an appropriate manoeuvre is selected to reposition the crystals back to their proper place in the utricle. At this point they can no longer stimulate the cupula, therefore, relieving symptoms of vertigo (Prokopakis et al, 2005).

For canalithiasis, treatment will include certain canalith repositioning manoeuvres depending on which canal is at fault. For posterior or anterior canal BPPV (the most common type of BPPV), the Modified Epley manoeuvre is used. This technique has been shown to have a positive response from 70-90% of people over a 1-3 session period (Lyn et al, 1995). For horizontal canal BPPV, the BBQ roll technique is performed. These techniques are performed by moving the head in a series of positions to redirect the floating crystals and alleviating symptoms.

To address cupulothiasis, liberatory techniques are performed at speed to lift the crystals off the cupula. The Semont technique (posterior canal BPPV) and the Modified Semont (anterior canal BPPV) are a series of movements that each involve fast movement. Ideally, a time of less than 1.5 seconds is the desired time to transition between sitting and lying positions.