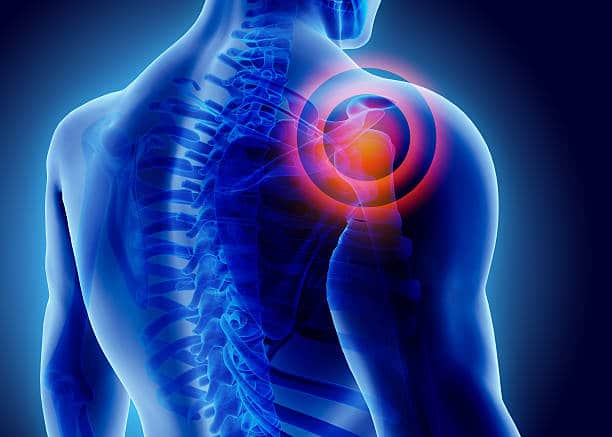 The purpose of this case study is to assist our graduates to fully reflect on a client that they have seen throughout the week. This will also form part of information that we can distribute to clients where they can read up on real life cases where we have been able to help clients and allow them to be pain free! Clients are refered to as Mr.X/Ms.X to keep their privacy.

Section 1: About your client and how you diagnosed the condition (think about how they presented, what
subjective and objective information did you gather to help you diagnose?)

Mr X. presented to the clinic with sharp shoulder pain over the anterior portion of the L) humeral head as well as through the constant dull pain through the L) upper trapezius. Mr X reported that the pain has been ongoing for a couple of years, he reports no acute event that triggers the pain. He has attempted to rehab the shoulder through multiple previous physiotherapists with no success. Mr X reports that he has difficulty with overhead tasks with pain radiating through the posterior arm when in abduction and the anterior arm to a lessened extent when in forward flexion positions. Mr X Reports only being able to shoulder press 12.5kg on the L) vs 27.5kg on the R) limited by pain over the left trapezius. Mr X also reported pain during lateral raises on the L). Mr X plays local football and has begun body builder type strength training 6 weeks ago, which has aggravated his pain further. His training schedule consists of 5-6 strength training sessions per week as well as a football game and 1-2 training sessions. Mr X is a working physiotherapist and is growing frustrated with the ongoing pain and decline in shoulder function.

Upon examination Mr X shows lesser muscle bulk around the scapular and shoulder girdle on the L). In a static seated position, the scapular sits in a slightly depressed position in comparison to the R). The humeral head was also seated in a depressed and internal rotated position within the glenoid. When palpating, Mr X was not TOP throughout the superior aspect of the shoulder girdle but did present with increased muscle tension through the upper trapezius. Mr X was TOP over the long head of biceps insertion. When asked to complete bilateral shoulder abduction (painful arc test), the full range was completed with pain commencing at approx. 90deg and continuing to be painful through the remainder of the range. During abduction the L) scapular demonstrated reduced Upward rotation and slight wining when returning to a neutral position. Overall, the scapular movement was noticeably reduced compared to the other side. Similar symptoms were present during forward flexion, but with a more noticeable reduction in protraction. A Pseudo Hawkins-Kennedy test was performed with horizontal flexion and excessive forearm supernation with a positive result, suggesting potential impingement, however, this test is particularly sensitive and non-specific. Speeds test was performed to rule out a potential slap lesion, test results were negative. Non-resisted ER (in 0 deg abd) of the L) shoulder was completed with pain provinciated through the anterior of the glenoid and radiating down the posterior arm at approx. 50deg.

Section 2: Your diagnosis and about the condition (what is your possible diagnosis?)

At this point is hard to clinical indicate if Mr X’s suspected rotator cuff tendinopathy is secondary to his scapular dysfunction or vice versa. Judging by Mr X’s history, as his pain has been ongoing for multiple years, it’s more likely that the scapular dysfunction has been the root problem. Whilst the sudden increase in load from bodybuilder training has sparked tendinopathy which has intensified his pain in the shoulder due to the inflammatory process crowing in the subacromial space. Due to Mr X’s age and functional capacity, it’s unlikely to be degenerative tendinopathy but rather a reactive tendinopathy or reactive on degenerative tendinopathy. In either option the pathophysiology post increase in the load where the tendon’s capacity is eclipsed. The acute overload results in an overall change in the tendons’ collagen matrix. From here there is an increase in vascularisation within and surrounding the tendon when then cell proliferation and an increase in proteoglycan, further disrupting the tendon environment. The tendons collagen matrix is now inhibited from its regular function, with diminished recoil and load absorption(Cook et al., 2016)

Section 3: Differential Diagnosis (what is another condition to consider and why?)

Due to the Complexity of Mr X’s chronic shoulder pain, many differential diagnoses need to be considered. The main one is Chronic shoulder instability as the humeral head is sitting in a lowered position within the glenoid at rest, suggesting excessive ligament laxity of potential the inferior glenohumeral ligament. This is however unlikely due to no reported dislocation/subluxation or instability in Mr X’s history as well as a negative speed test. Slap lesions create a pressure imbalance within the Gleno-humeral joint which can result in a depression of the humeral head in the glenoid. Bursae-related issues can also be ruled out due to so obvious swelling or TOP over the subacromial bursae. Rotator cuff tears are another differential diagnosis, however, there was no restriction in AROM through Abd/Forward flexion/IR, no obvious acute injury moment, and no exacerbation of pain through resistance movements of the shoulder. Therefore, a tendinopathy pathology is more likely due to the sudden drastic increase in load when he begins bodybuilding and no AROM deficits Mr X’s Tendonopathy appears to be more reactive.

Neurological origins also need to be considered due to radiating pain. Cervical radiculopathy is a possibility however no UL neurodynamic testing was performed. This may be performed on a review however no obvious other neurological signs such as pin and needles/numbness or significant muscular weakness (besides from the shoulder press deficit, however, this did not reproduce radiating pain).

As previously mentioned, Mr X’s shoulder pain is quite complex and he has been dealing with it for many years, there are likely many overlapping pathologies. Therefore, management aims to deal with the most superficial problem first, in which case is deemed his scapular dysfunction and Rotator cuff-related pain – which has caused an overcompensation of the upper trapezius to keep the scapular as elevated as possible. There is also likely an element of avoidance-related deltoid and scapulothoracic muscle weakness due to the noticeable difference in muscle bulk.

Section 4: Treatment (what did you do and why?)

Due to the deficits that Mr X has shown in scapular dysfunction, Neuromuscular training exercises were demonstrated and given to Mr X. These exercises included banded Shrugs 3 x 10-20, Banded standing Push up Plus and sideling 1kg ER through a comfortable range (3×10-20).  Specific cues to active Latissimus dorsi through push-ups plus were educated to assist in activating the lower trapezius eccentrically. These exercises were chosen as they target muscles such as serratus anterior, latissimus dorsi, upper/lower trapezius, rhomboids, and infraspinatus. Neuromuscular dosages were selected as there is a clear deficit in neuromuscular control of the muscles that control upward rotation and protraction of the scapular.

Mr X’s current lifestyle makes it difficult to offload his shoulder as what would be completed in a regular tendinopathy principal rehab (Rio et al., 2016). However, as Mr X works as a physiotherapist already, he has an understanding of basic tendinopathy rehabilitation. It was agreed that he would use the exercises given as a warm-up for gym sessions where he would instil isometric-based shoulder exercises (Heron et al., 2017). It was also agreed that exercises like shoulder press and bench press would not be performed over the coming weeks as they are the main culprits of eliciting Mr X’s pain.

Section 5: Plan (where to go from here? How many sessions might they need? What’s the goal?)

As previously described, Mr X’s shoulder pain is very complex, so we should be taking a stepwise approach to his rehab. First, we want to advance his scapular function to where he shows a normal scapulohumeral rhythm. This will be completed using the scapular phase loading by Watson et al., 2017, progressing through the phases 1-6, developing appropriate muscular bulk and neuromuscular control for the scapular. To progress through this properly, this will take 6-8 weeks. Simultaneously, we will be addressing Mr X’s rotator cuff tendinopathy, advancing into heavy slow resistance into plyometrics and football-specific drills. To ensure we do not aggravate the shoulder; we will advance Mr X’s tendinopathy protocols about 3 weeks behind his scapular thoracic rehab. Exercises that will be prescribed in Mr X’s next session in 2 weeks will consist of; 30deg dumbbell weighed shrugs (slow controlled contraction 2 x 20 twice per day), standing 45deg shoulder ER banded ER (slow controlled contraction with 5-sec isometrics hold at end range, 2 x 20 twice per day) and Banded Y raised (slow controlled contraction 2 x 20 twice per day, through the comfortable range). The timeline to full recovery will be slow, as already discussed with Mr X. Tendinopathy remodelling take roughly 12 weeks (Cook et al., 2016), but once completed we will be working through more powerful muscles such as deltoids, latissimus dorsi and trapezius to ensure Mr X is ready to compete in football next season. Discharge is estimated at 4-6 months if no major setbacks appear.